“Life is full of shadows.” — Chris Weaver, our Dad.

The whole of COSMOS is set across a single night, and about thirty percent of that story takes place outside. This blog is a rundown of our approach to lighting those night exteriors scenes.

We’ve tried to cover a lot of info about our lighting approach, including kit, technique and inspiration. As always, our aim with this production blog is to be as informative and thorough as is possible, hopefully without boring you.

Before we get started, below is a video of COSMOS B-rolls for the night exteriors to give a behind-the-scenes glimpse of how we’re making this film. As with all indie films our resources are limited, but that’s not always a bad thing. We will discuss the lights and techniques being used in this video further on in this article.

Why is Film Lighting Important?

Photography is the combination of two Greek words:

Photography literally means written in light… making a Photographer a light-writer. And the art of photography for the cinema is known as Cinematography.

I can’t think of a more beautiful reminder of the importance of light in the filmmaking process; without light there can be no recorded image. Cinematographer John Alton is famed, aside from his legendary anthology of films, for his phrasing “Painting with Light”. And that is what we, as filmmakers, must strive to do – our paint is light, our brush a camera, our canvas a cinema screen.

Lighting is an essential part of the filmmaking process. Light can sculpt and describe a scene or character, it can hide or reveal key areas of your frame, it can enhance suspense and evoke emotion. It is as critical in directing the audiences’ attention or influencing their emotions as camera movement, acting, music and editing. As filmmakers, we ignore its power at our own peril.

As John Alton put it:

“Lighting strives to bring out the following values:

Cinematography is an art form. And within that art form lies the discipline and craft of creative lighting.

But art isn’t reality. Art resembles reality. And Film is the powerful combination of resemblance and storytelling.

Through the window of cinema we see our world but not as it is, and we see ourselves but not as we are. Film is a dreamlike, stylised experience where the ONLY thing that matters is what we, as the audience, can believe in.

Reality and believability are not the same thing.

And our philosophy on cinematography grows from this distinction; dramatic storytelling is not about reality but believability.

So when it comes to lighting our night exterior scenes for COSMOS, our aim is to faithfully depict how night-time feels – because no camera can see night as the human eye does. Neither sensor nor stock can capture both the inky blackness of space and the true fidelity of a star filled sky. We must recreate how it feels to roam beneath the icy moon. We must make the audience believe in what they see… and that requires resemblance.

In this section we’ve detailed the lighting kit we used on our exterior night shoots. The kit itself consisted of only four filming lights:

We’re not working on a Hollywood blockbuster budget so obviously we can’t have banks of 20k HMIs up on cranes, but we still wanted to wash our small set/area with a strong blue backlight.

Through a work colleague we have access to a 1.2K ARRI HMI daylight fresnel and although that would offer many obvious benefits, we decided instead to use our trusty Ianebeam 2kW Blonde with some Colour-Temperature-Blue (CTB) gel. 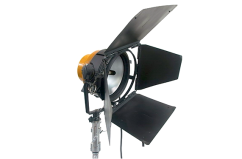 Made by Strand Electric and part of the Quartzcolor range, the Ianebeam Blonde is a lightweight, open-faced tungsten floodlight with a focusing beam (≈23° to 70°) and 4-leaf barn doors. We are very lucky to have an assortment of Quartzcolor lights in our kit, including Blondes (2000W), Redheads (650w) and Mizar MkII (500W) fresnel spotlights.

These compact and convenient lamps produce a lovely even light and are extremely hardworking and faithful, but due to a limited power budget on location we could only afford to run a single 2kW Blonde. At our primary location we had limited mains supply (230V AC) and we also needed a battery charging station, as well as run a kettle (Got to keep those hot drinks flowing on autumn night shoots!)

Combined with the CTB, the Blonde was employed for throwing light across the local backdrop to sculpt trees, bushes etc, mainly under-lit or side-lit. The CTB converts 3200K Tungsten sources to daylight but has a f-stop loss of -1.5s. This technique is a great way of creating that classic blue moonlight effect if working with tungsten lights… we’ve used it on numerous projects including The Mysterious Disappearance of M.M. Bayliss and Assault on the Senses.

The downside of not using more powerful lights (plus our CTB stop loss) is that the fall-off of on location was pretty severe. This meant we were limited to the lighting only the immediate surroundings – but we used it to our advantage to create an isolating, lonely feel – just three blokes in the middle of nowhere… what’s beyond in the deep dark woods?

The K4000S LED Panel is a lightweight, portable and affordable lighting solution manufactured by F&V Lighting. 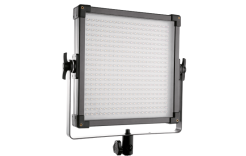 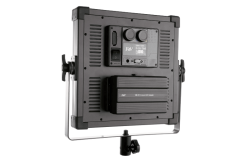 Having worked with a wide variety of LED Panels since they infiltrated the market a few years ago, we are extremely impressed with the build quality and quality of light produced by the the K4000S. The durability and materials design of the each unit, in our opinion, surpasses that of some other more expensive LED panels.

The unit’s power consumption is almost unbelievably economical; we use PowerLok PLV-95 Li-Ion batteries and at the end of our night shoots (8 hours shoots dur.), each LED panel was still using it’s first battery with ≈25% charge remaining.

As well as using professional filming lights, we made use of some domestic lighting items as practicals – a practical source is a light that appears within the frame and is part of the on-screen story.

So the characters carried torches around which could be aimed to highlight certain objects of importance in the scene, or into bounce cards to reflect as a soft fill source. 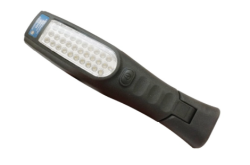 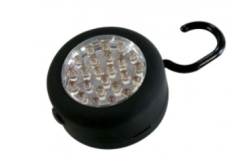 The headlights of the character’s car, around which most exterior scenes take place, were also used as actor backlights and assisted the Blonde in highlighting backdrops.

We purchased a propane smoke gun especially for the COSMOS night shoots; as huge fans of backlight and atmosphere, we knew it was essential to have a reliable and powerful smoke source.

Artem, this lightweight and easy to operate industry standard exterior smoke machine is ideal for creating large volumes of smoke. It uses disposable aerosols of gas and smoke fluid with an output that can vary from a light mist to a dense fog. Another advantage of this design is that it does not require a power supply – ideal for exterior locations where electricity is not available.

Using the propane or butane gas cartridges as the heating source, the smoke oil is forced under pressure into a heat exchanger where it vaporises. The vapour then condenses into a dense, non-toxic white smoke.

In this section we want to talk briefly about the style of lighting we’re employing on COSMOS:

As filmmakers and film lovers, we are obsessed with Low Key Lighting. This style of lighting is used to create a high contrast, visually striking and dramatic image and is a technique seen throughout cinema in all genres.

The light itself is used in a very selective manner so that only specific portions of the image are illuminated, while other areas of the composition are allowed to roll off into deep shadow. Where traditional three-point lighting uses a key light, a fill light, and a back light, low-key lighting often restricts the fill light or removes it altogether, accentuating the shape and contours of the subject and adding a stunning a sense of depth.

Since young boys we have been inspired by the lighting in the films of directors such as Tony Scott, Ridley Scott, Michael Bay and of course Steven Spielberg. Aside from their storytelling sensibilities, these directors each have a distinctive low key visual lighting signature that is immediately recognisable; like the brush strokes of a painter. Whether it’s Crimson Tide, Blade Runner, Armageddon or Raiders of the Lost Ark, to us, that cinematic ‘je ne sais quoi’ is low key lighting.

The short video below is part of a project entitled Better in Black and White which explores modern movies that play even better in the decidedly less-than-modern format. This clip from Raiders of the Lost Ark perfectly showcases the bold interplay of light and shadow that defines the low-key aesthetic.

So there you have it. That’s pretty much covered most of what we can talk about lighting our exterior scenes. There will be two more blogs to come about the challenges we faced while filming at our two main exterior locations EXT. FIELD – NIGHT and EXT. FOREST – NIGHT. But for now, please enjoy the gallery below of selected behind-the-scenes photos of our EXT. FIELD – NIGHT shoots.

If you are interested in learning more about lighting for film and TV, I suggest you head over to the Through the Lens Film School and check out the extensive articles on Lighting Tutorials, Tips & Tricks.

We both hope this insight into the production of COSMOS, our first feature film, is both entertaining and informative. We only want to share the fun and experiences with other filmmakers. You can follow more day-to-day progress via our twitter @CosmosMovie

THE MAKING OF COSMOS

Understanding the Cinematography of Janusz Kaminski

How to Block a Shot like a Master Director